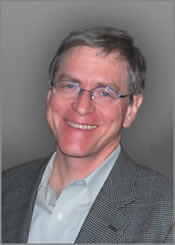 For six years, Waltzer Wiygul & Garside’s Robert Wiygul has represented the Sierra Club in its challenge to the Mississippi Power Company’s Kemper Project, a multi-billion dollar power plant that will strip mine lignite as a fuel. In 2012, Robert earned the national William O. Douglas Award from the Sierra Club, in part for his tireless work on the case, both in the courts and before the Mississippi Public Service Commission.

This past August, those years of effort bore fruit. In a trail-blazing settlement negotiated by Robert on behalf of the Sierra Club, Mississippi Power Company agreed to retire existing coal generation units at three power plants in Mississippi and Alabama or convert them to natural gas or alternative fuel sources. Mississippi Power also agreed to establish a $15 million fund to assist low-income Mississippians with energy-efficiency measures that will save them money on their electricity bills. The fund will also help schools and non-profits install renewable energy generation, like solar panels, keeping them clean-powered at low cost.

Additionally, and critically for Mississippi’s future, Mississippi Power Company agreed to drop many of its objections to the Mississippi Public Service Commission’s proposed net metering rule for solar power. Waltzer Wiygul & Garside will be representing the Sierra Club and Mississippi ratepayers in the net metering proceedings, arguing to ensure that all Mississippians can access low-cost solar power that saves them money and helps the environment at the same time.

As Robert told the Associated Press, the Kemper settlement will “help clean up the air in Mississippi, get some help to the people most affected by rate increases with Kemper and move Mississippi toward a future where homeowners and businesses owners can install clean air equipment.”